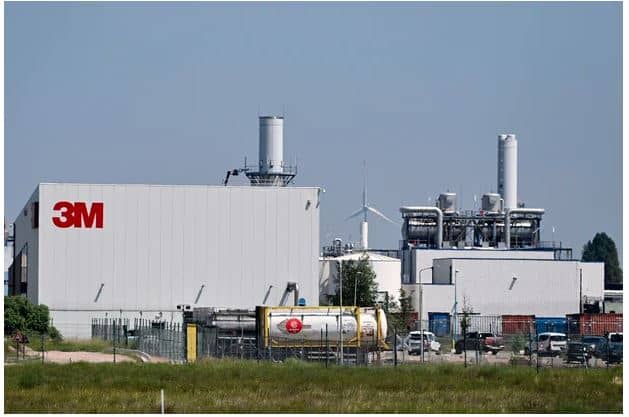 PFOS are part of the larger highly toxic chemical PFAS group and they are widely used and spread eternal lasting chemicals with components never breaking down over time. Because of the global use and the persistence in the environment and especially in humans, many PFAS are found in the soil but also in the blood of people and animals all over the world because they integrate in water, eggs, vegetables , meat etc. Many scientific studies support the thesis that exposure to some PFOS – PFAS in the environment has to linked definitely to important negative health effects on humans .

The PFOS – PFAS case started covering the news in Belgium widely in the summer of 2021. Before that it also became a hot topic in the Netherlands as well as in Italy. Moreover observers expect it to become a major European issue. In the US there have been many court cases with important settlements and other court cases are still running. There is even a recent Holywood movie about the theme called Dark Waters. The PFOS – PFAS case has become a major concern of the Belgian and the Flemish government , of local authorities and of many thousands of citizens and businesses.

In October 2021 it appeared that people living in a large area around the 3M factory in Zwijndrecht , a town close to Antwerp (Belgium), showed PFOS – PFAS values in their blood exceeding more than #100 times the allowed limits after being tested by a Government Agency . It also appeared that vast quantities of PFOS were found in private gardens as well as in agricultural land and in industrial grounds. The location also appears to be one of the major PFOS – PFAS hotspots in Europe or even worldwide.

On 14 th of March 2022 SQ LEGAL represented by Mr. Geert LENSSENS announced the start of a new litigation against 3M before the local courts in Belgium as part of a series of litigations. The litigation is based on new legal grounds different from any other grounds so far invoked by other organisations and the litigation has a different approach from other initiatives, taking into consideration the statutes of limitation according to Belgian law and the complexity of the case. The litigations will be organized and coordinated in cooperation with another highly experienced class action law firm WATT LEGAL represented by Mr. Laurent ARNAUTS and an with an environmental lawyer Mr. Dirk ABBELOOS on behalf of a new civil rights movement called DARKWATER 3M. The litigations focus on consolidating the legal position of the victims joining the civil rights movement DARKWATER 3M, including civilians as well as farmers and or companies living or working in a perimeter of approximately 15 km around the 3M plant in Zwijndrecht (Antwerp) and on recovering damages now and in the future .