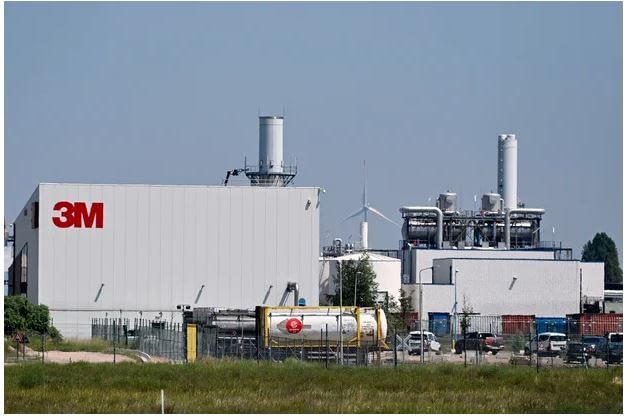 The PFOS – PFAS case started covering the news in Belgium widely in the summer of 2021. Before that it also became a hot topic in the Netherlands as well as in Italy. Observers expect it to become a major European issue. In the US there have been many court cases with setllements and other court cases are still running. There is even a recent Holywood movie about the theme called Dark Waters. The PFOS – PFAS case has become a major concern of the Belgian and the Flemish governement , of local authorities and of many thousands of citizens.

In October 2021 it appeared that more than half of the 800 officially tested people living in the intoxicated area suffer from PFOS – PFAS values in their blood exceeding many times the legal limits. It appeared that vast quantities of PFOS were found in a large area around Zwijndrecht, a town close to Antwerp (Belgium) where 3M has a large factory. It also appears to be one of the hotspots in Europe. PFOS are part of the larger highly toxic PFAS group and they are widely used and spread eternal lasting chemicals with components never breaking down over time.

Because of the global use and the persistence in the environment and especially in humans, many PFAS are found in the blood of people and animals all over the world because they integrate in water, eggs, vegetables , meat etc. Many scientific studies support the thesis that exposure to some PFOS – PFAS in the environment has to linked definitely to important negative health effects on humans . SQ has been contacted by different parties and is conducting a pre-study about the liabilities involved.